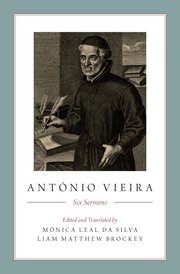 “Missionary, diplomat, theologian, pulpit preacher, social critic, political strategist, and one of the finest writers of the Portuguese language, the Jesuit António Vieira was a remarkable figure of the Baroque age whose life has remained relatively unknown to English-speaking readers. This excellent edition and translation of his sermons finally gives them access to Vieira's talents and thought, and helps to restore him to the prominence he deserves."


"The reader will find here six of António Vieira's sermons, most available in English for the first time. Brilliantly translated and contextualized, the sermons reflect the ways a leading Jesuit grappled with the bewildering forces of globalization, commerce, slavery, and morality, forces the Jesuits themselves unleashed. How to find providential meaning in a Portuguese global empire built on the backs of both slaves and Jesuit missionaries? How to have providential certainty in a world bedeviled by greed, growing religious apathy, and geopolitical uncertainty? How to be a prophet in a new, yet weakened Braganza-led Israel? Out of hundreds of possible sermons, the authors have masterfully picked a handful to illuminate a complex, deeply contradictory world of faith and violence."
Jorge Cañizares-Esguerra, Alice Drysdale Sheffield Professor of History, Univ. of Texas at Austin


"António Vieira is a major religious, cultural, and political figure in the early modern world, little known outside the field of Iberian history. This outstanding translation of selected sermons will contribute to integrate his thought in the long-term complex analysis of colonialism, slavery, racism, and national assertion."
Francisco Bethencourt, author of Racisms from the Crusades to the Twentieth Century 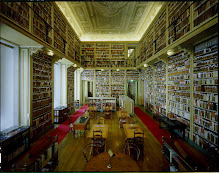